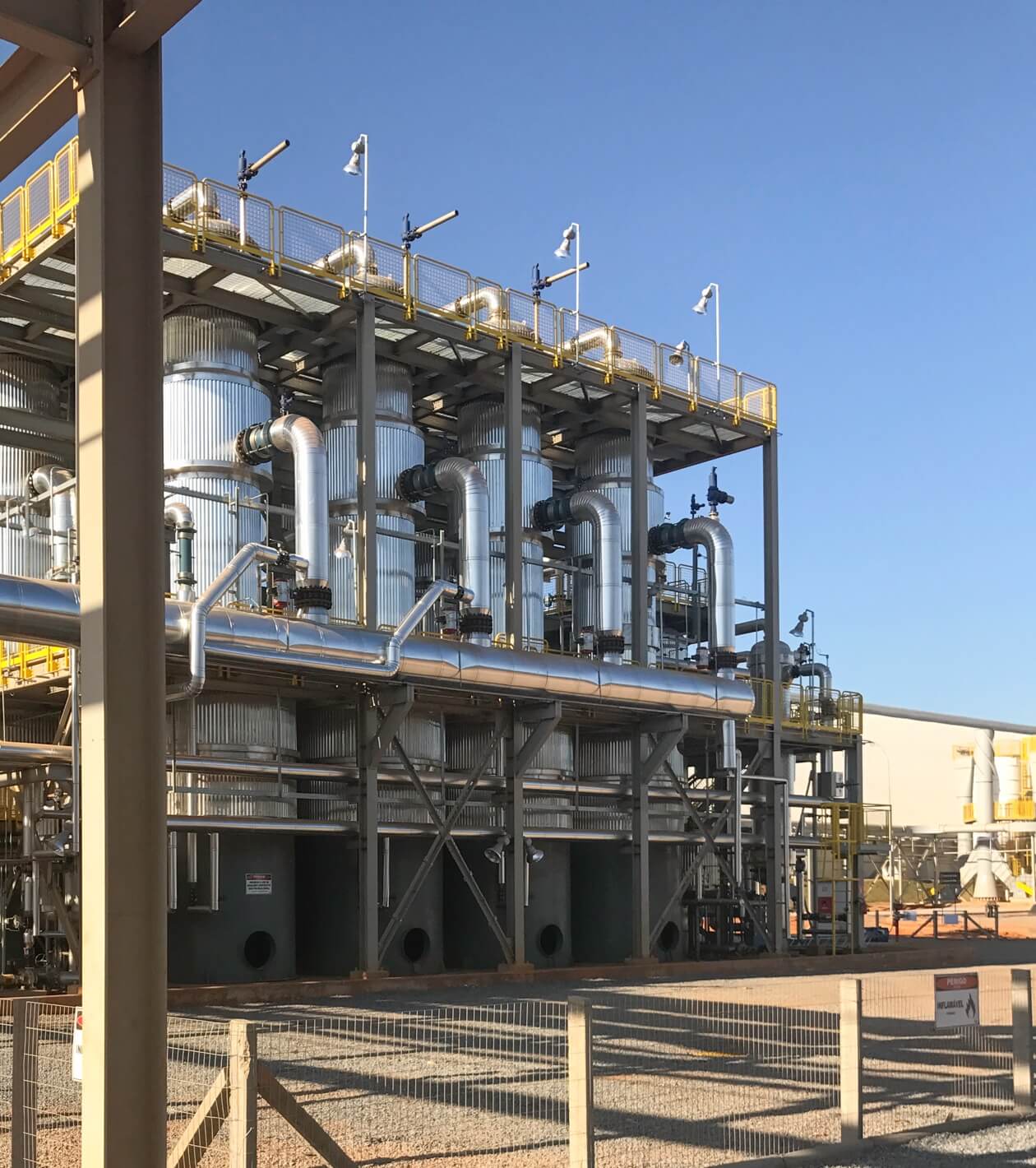 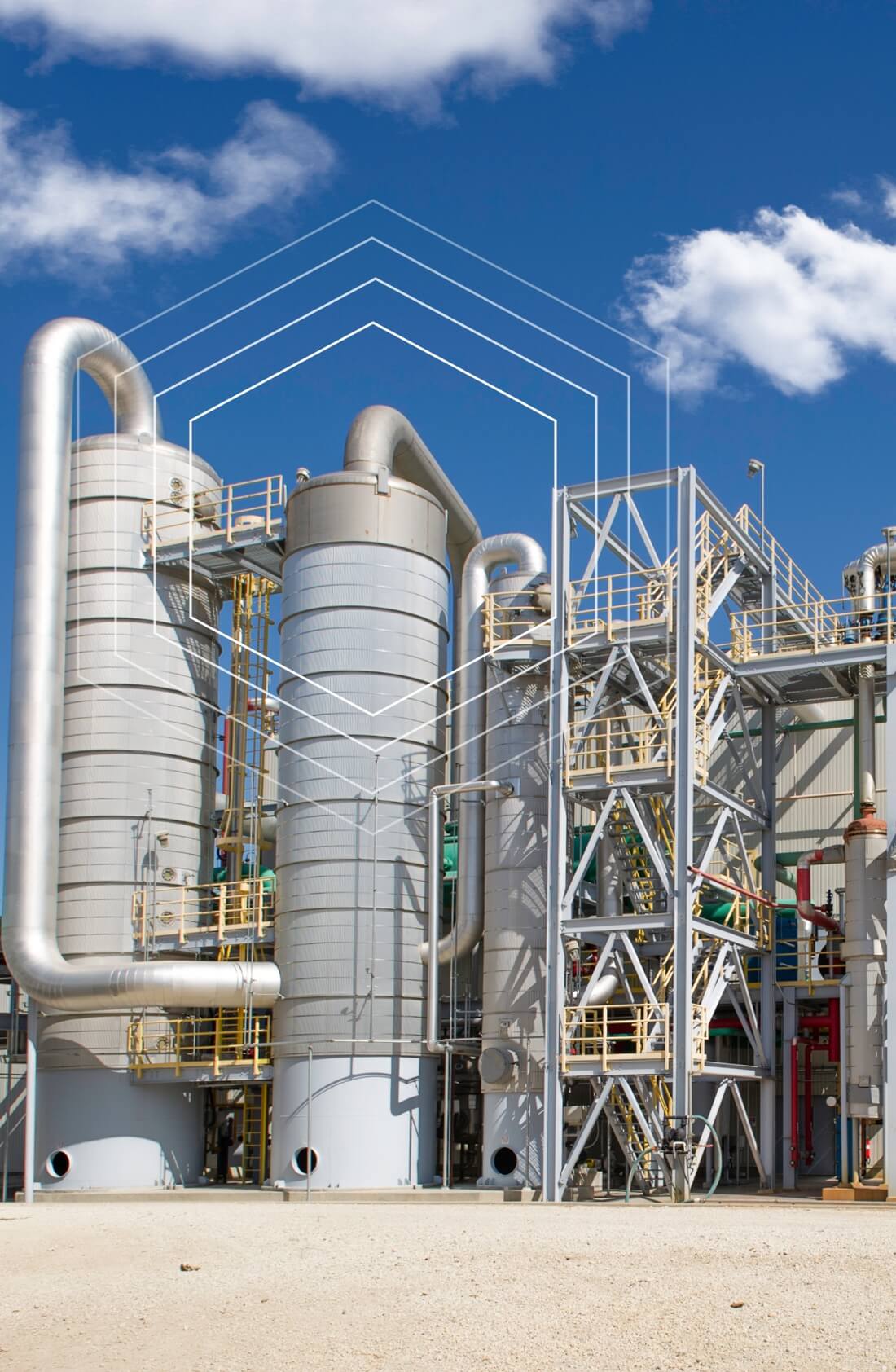 ICM’s low-pressure distillation is a multi-column system that boils ethanol out of water to create 190-proof ethanol prior to dehydration. The distillation process is powered by process vapors generated from the evaporation system. In turn, the evaporation system is powered by boiler/turbine steam and by process vapors generated by the dehydration system, if such a system exists. This transfer of heat from one system to the next, also known as energy economization or reutilization, allows ICM’s low-pressure distillation design to require low steam flow in order to run distillation efficiently. Over time, the reduced energy costs lead to higher revenue for the plant.

Low-pressure distillation is compatible with degassing technology. By removing carbon dioxide, a degasser improves the separation of ethanol from solids and increases the capacity of distillation equipment.

Learn how our low-pressure distillation system or our DDE system package can add value to your process.

This website uses cookies to improve your experience while you navigate through the website. Out of these, the cookies that are categorized as necessary are stored on your browser as they are essential for the working of basic functionalities of the website. We also use third-party cookies that help us analyze and understand how you use this website. These cookies will be stored in your browser only with your consent. You also have the option to opt-out of these cookies. But opting out of some of these cookies may affect your browsing experience.
Necessary Always Enabled
Necessary cookies are absolutely essential for the website to function properly. This category only includes cookies that ensures basic functionalities and security features of the website. These cookies do not store any personal information.
Non-necessary
Any cookies that may not be particularly necessary for the website to function and is used specifically to collect user personal data via analytics, ads, other embedded contents are termed as non-necessary cookies. It is mandatory to procure user consent prior to running these cookies on your website.
SAVE & ACCEPT